A few weeks back I found a great fishing basket at a local vintage shop…well, technically it’s called a creel, but since I don’t fish, I’ll probably always call it a basket! Anyways, I had been looking for one for awhile to hang on the cabin door with flowers flowing out of it.  I love the idea of fresh flowers greeting our guests!

This started me thinking about other ways to arrange flowers in baskets and I ended up playing around with a few different options this week and thought I’d share them with you.

I first went to my local florist and the market and got some options I thought would work in the baskets.  I made sure I had some “hanging” blooms since I love the way they look peeking out of the top of the basket.

I discovered that mason jars generally fit well inside the baskets to hold water and keep everything fresh.

I found it best to keep the jars as tight as possible and used some crumpled up butcher paper to stabilize them in the basket.

I had gotten some sweet peas on the vine and wanted to keep the first one simple, so I trimmed the ends of the stems and began placing them in the mason jars.  It worked best to have them all flow in one direction and spill over the side of the basket. This was super simple and only took a few stems to give it a great natural look.

The second basket was an inexpensive reproduction I had gotten at a local shop.  Two large mason jars fit perfectly in this one.

I used only the flowers I had gotten at the market for this basket…some white roses and baby hydrangea.  I also had a couple of greens from the florist I tucked in to break up the white. I shifted them around until they filled in about half of the mouth of the basket and gently set the lid on top.

The final “basket” I played with was the creel I had gotten for the cabin door.  I had found some interesting flowers at the florist including millet and yarrow.

In order to get the flowers to peek out of the top, I tilted the large mason jars and supported them with the crumpled butcher paper.  I added the millet and “greens” first and then filled in with the delicate yarrow and a couple of drumstick alium.

I had to play around with angles a bit to get the stems to pop out the way I wanted them, but overall it was really easy to get a very full look without using a ton of flowers.

I especially love the contrast of various shades of purple and soft green against the natural straw and leather.

This one ended up on my center island and was the perfect blend of fresh and rustic in the kitchen!

This idea is not limited to just fishing baskets!  I played with a picnic basket I had recently gotten, using the same principal of placing water filled mason jars inside and letting the flowers flow out the top.

This was a great reminder for me to think outside the box (or vase!) when it comes to flowers. I loved playing with new containers for my weekly flower ritual and hope this inspires you as well! 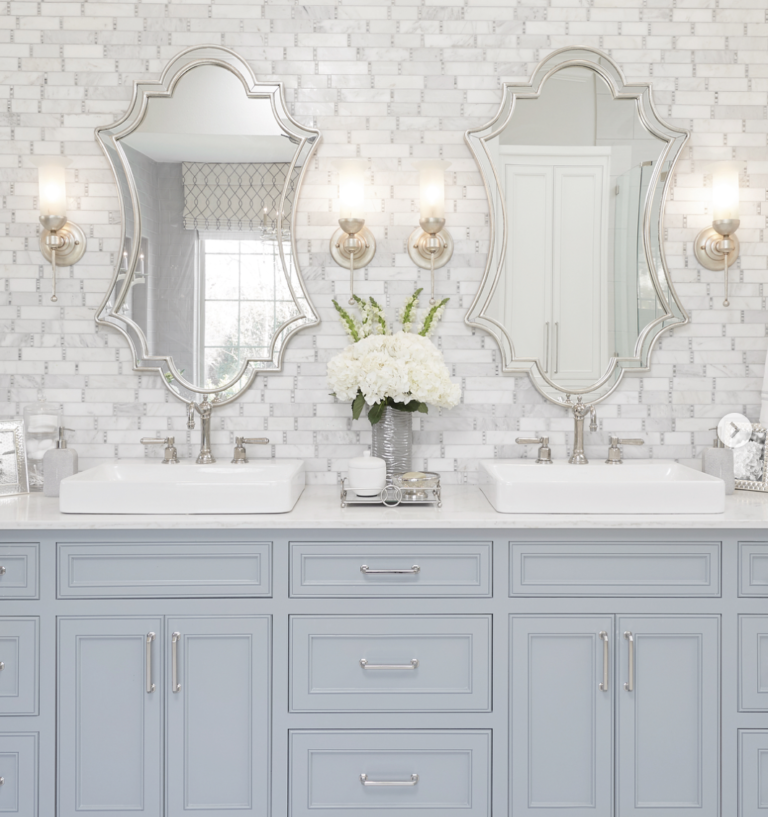 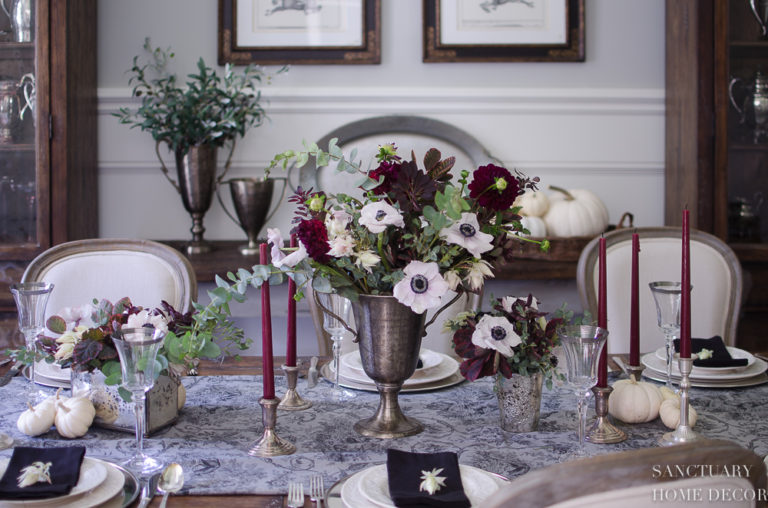 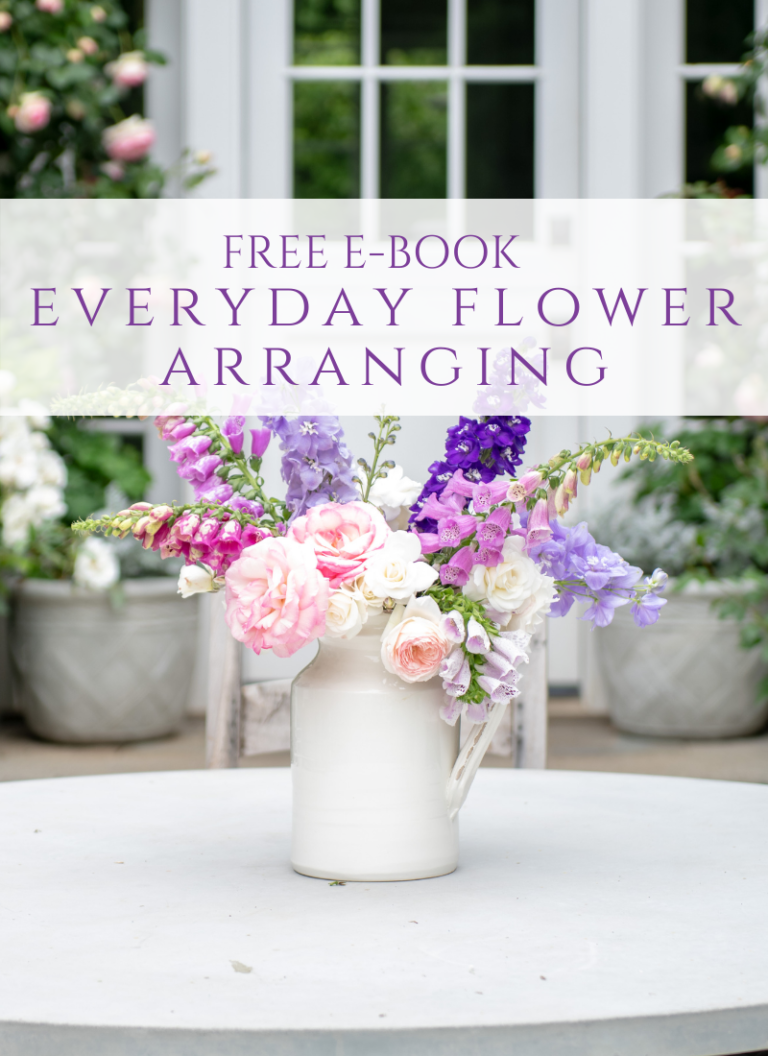 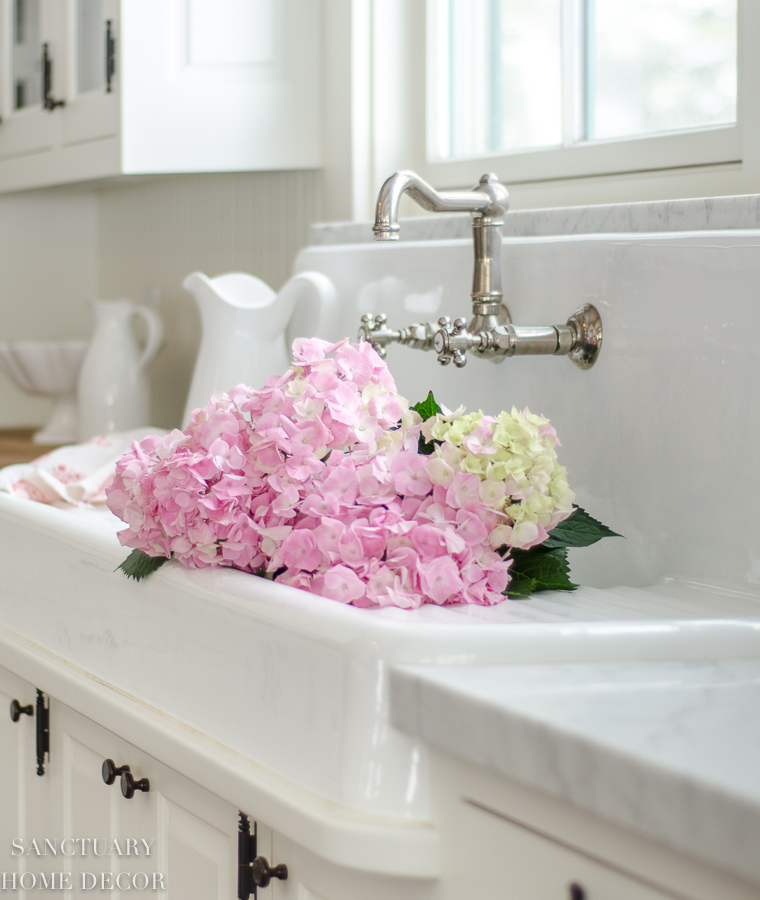 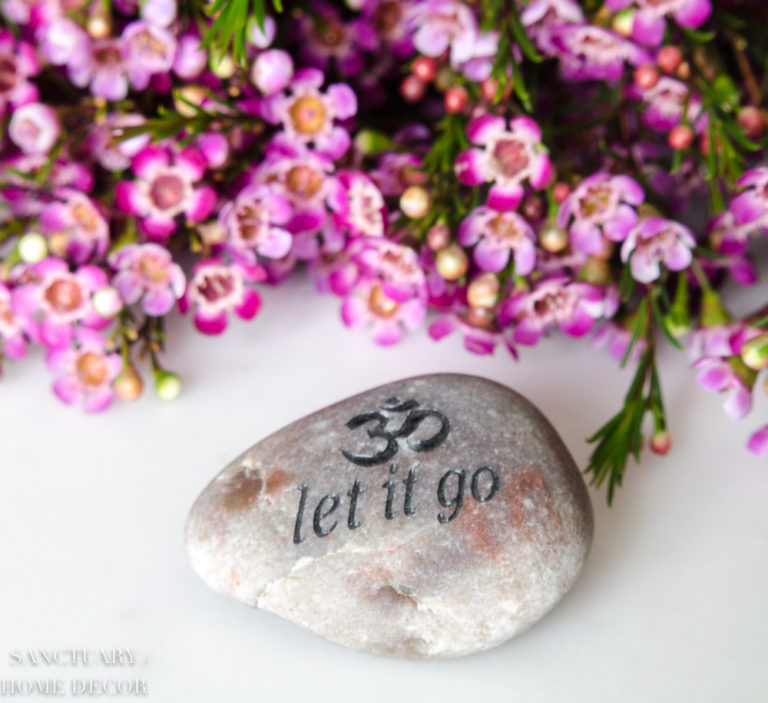 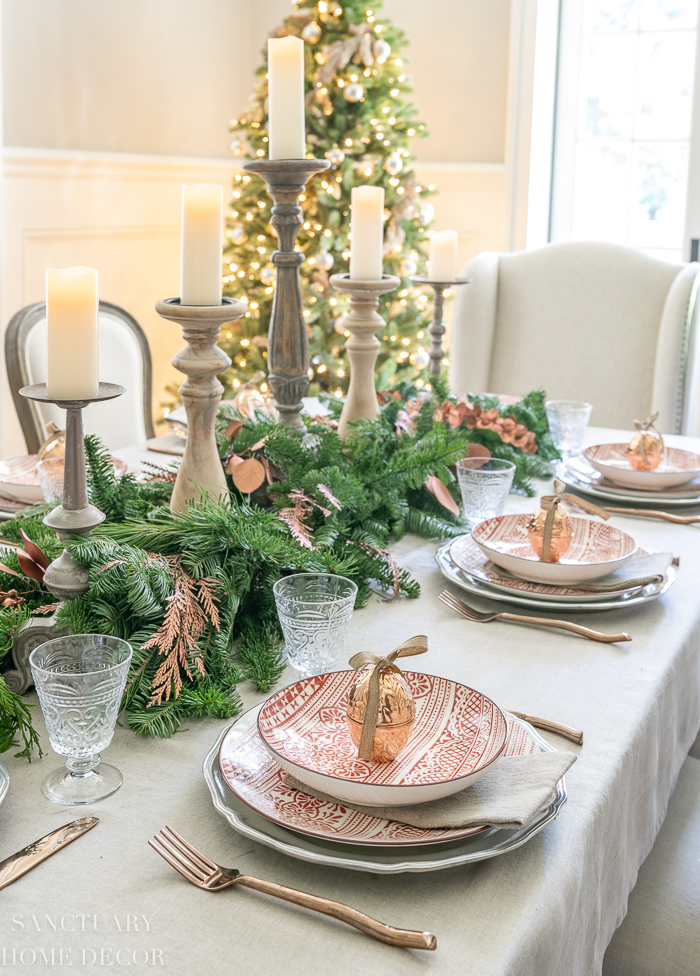 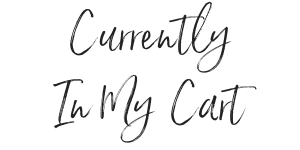